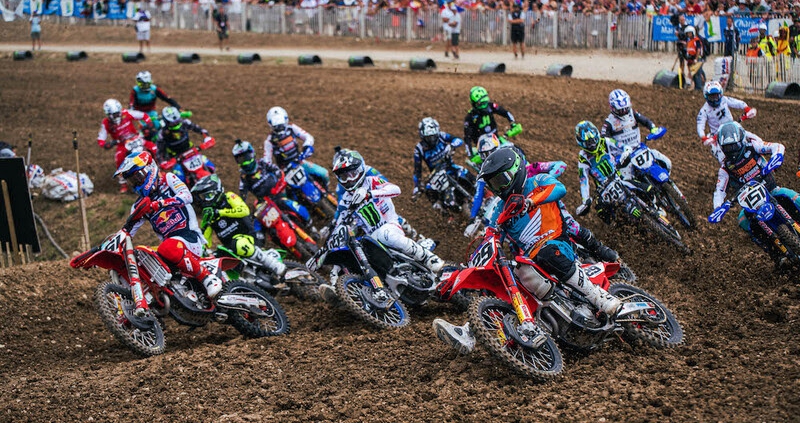 The 2022 season is over! JM Racing Honda was riding with three riders this year. Henry Jacobi and Ivo Monticelli were riding in the MXGP class and Petr Polak came out in the MX2 class.

Jacobi scored five top ten moto finishes this year. His highlight of the season was a fourth position at the opening moto of the MXGP in France. In this race he took his first ever pole position as well in the MXGP class. After eighteen rounds Jacobi, finished in 18th position in the championship standings.

Monticelli missed the opening rounds of the championship due to a shoulder surgery. Due to this he missed a lot of race rhythm in the first few rounds when he came back. During the season he became better and better and scored his best result at the team’s home event in Lommel with an eleventh position in the second moto. Because he missed several rounds during the championship he ended up in 24th position.

Petr Polak came close of finishing inside of the top twenty in the final standings but due to a knee injury he missed the last four rounds and ended up in 21st position. During the season he was consistent and showed some good progress during the season.

Jacky Martens: ‘’It was a season with ups and downs. Jacobi showed some good things but also made some mistakes and didn’t score points. He finally finished just outside of the top fifteen and ended up in sixteenth place. Ivo started the season injured and it took him a long time to find the right rhythm. During the season he became better and better and was showing what he is capable of in a few rounds. Petr was riding consistent and showed some good progress. Unfortunately he injured himself and lost the final four rounds. Due to this he finished just outside of the top twenty and ended up in 21st position.”

JM Racing Honda would like to thank the partners, crew and fans for your support and hopefully we see each other next season!