Henry Jacobi of JM Racing Honda has scored a top five position at round ten of the world championship in Ernee, France. Jacobi was riding in third position for a long time in the first moto and finally finished in a strong fourth position. In the second moto he was riding inside of the top fifteen till he got a setback in the closing stages of the race which forced him to retire. Ivo Monticelli managed to score points in both motos and Petr Polak took a twelfth position in the second moto of the MX2 class.

The track circumstances were perfect on Saturday but in the afternoon it started to rain so the track became really muddy and slippery. Several MXGP riders decided to sit out the qualifying heat but Jacobi and Monticelli both were racing. Jacobi took a really good start and dominated the heat to take his first ever pole position in the MXGP class. Monticelli came home in fifteenth position.

The track circumstances were much better on Sunday. Jacobi took a really good start in the opening moto and was riding in third position for a long time. In the closing stages of the race he lost this position and ended in fourth place. In the second moto he didn’t took a good start but worked his way inside of the top fifteen. Unfortunately he got a setback in the closing stages of the race and was forced to retire. Due to this he had to be satisfied with a twelfth position in the overall classification. 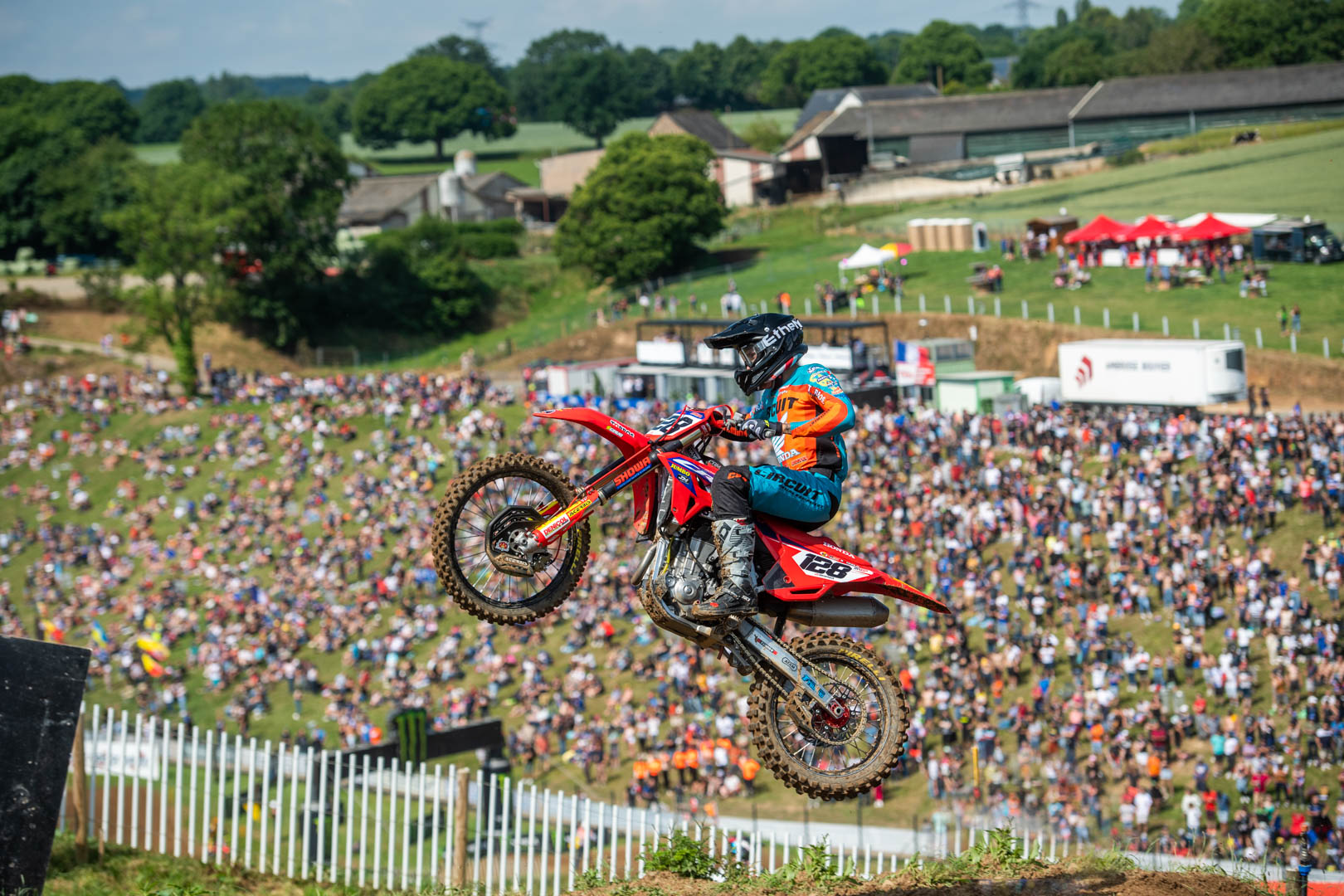 Ivo Monticeli is building further towards his old level and made a step in the good direction in France. The Italian finished in eighteenth and fifteenth position in the motos and took nine points. 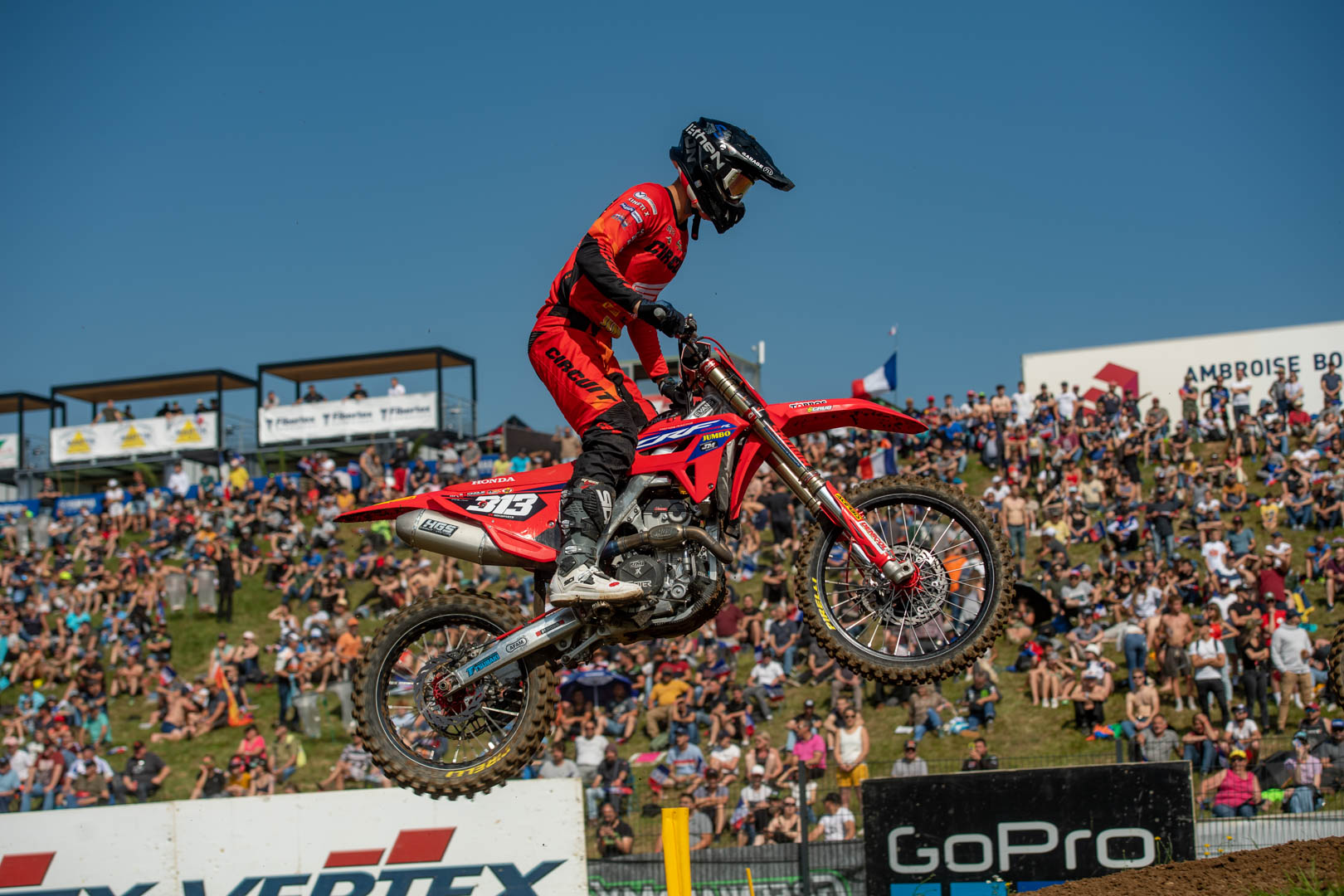 JM Racing Honda will now focus themselves on the next round in Teutschenthal, Germany which will be held next weekend.