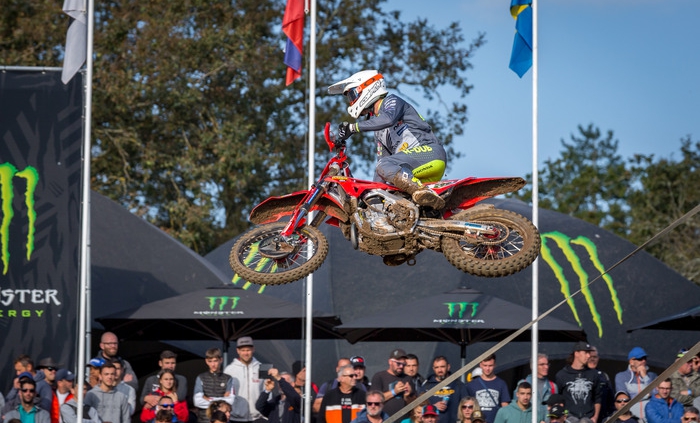 Henry Jacobi of JM Racing Honda had a difficult French Grand Prix in Lacapelle Marival. Jacobi crashed at the start of the first heat, and had a bad launch in the second, keeping him down to a modest points haul for the weekend.

Jacobi had the misfortune to be involved in a crash right at the start of the first heat. The bike was substantially damaged, so much so that he was forced to retire. He tackled the second race with new motivation. His unfavorable gate resulted in a less than optimal start, and he had to start his march forward. He kept fighting till the very end, and managed to add three world championship points to his tally for 18th position.

“It did not go our way” team manager Jacky Martens said. “The start is very important here. Alas, in the first race, we had a setback right off the start, and in the second race he got boxed in. He did not give up, and kept fighting to the end. We are aiming to deliver a rising line at the next GP in Spain.”